Character History
I highly, highly doubt you don't know the Module but just for the sake of completion of my review template, here's the explanation. Kamen Rider Fourze has special gimmick to equip some add-on/equipment on his four limbs to further improve his battle strength by using Switches on his belt, Fourzedriver. Some of this equipment is not meant for direct battle since Fourze suit itself is built for exploring space.

Packaging
Basically the same packaging format as most SHFs with windowed box where you can see the content on the front and some of the sample pictures on the back of the box. The size of the box is slightly smaller than most of SHFs though since it's all-accessories. 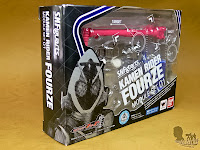 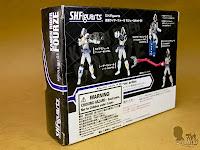 The content of this set is:
Yep, that's all. The Switches included are the same as the Module though Magic Hand Switch has an extra for the off version and activated version. 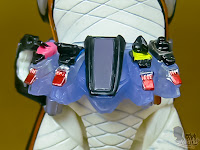 I'm skipping straight to gimmick because I'll talk about the Module separately after this. The basic gimmick this set is of course the part swap. You have to remove Fourze's limb according to the Module, if you haven't watched the show and you don't know which Module goes to which limb (which I highly doubt) you can see the instruction manual or just see the sample pictures on the box. It's fairly easy to remove the limb, but you don't want to put too many power when you do it, just in case. You also have to remove the hand, and the feet, from Fourze basic limb and put it on the Module you equip.

Another gimmick is to switch the Switch (no pun intended) according to the Module you equip, just to make it more accurate. It does a cool detail, but beware because these Switches are sometime easily fall from the belt, and since it's small it will be a pain in the ass to search.

Module
First is the Magic Hand. This thing is quite heavy, probably because my SHF Fourze is already lose its arm strength, it's very hard to hold the pose still while using this Module so I had to play on the position and the angle. The Magic Hand's shaft part has hinge and swivel articulation movement, and the cla.... I mean hand  part also has hinge-swivel movement and can tighten and loosen the grip. 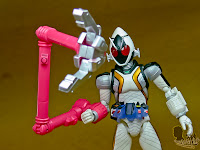 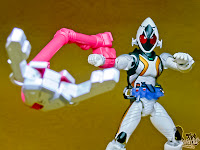 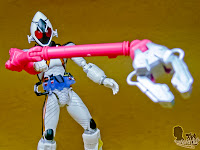 Second is Radar. It's light compared to the Magic Hand but its gimmick/playability is only the hinge movement on the radar part. I think it's gonna be better if they give us some stickers to put on the monitor part to make it more real feel. 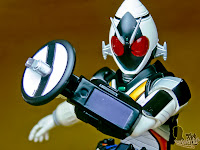 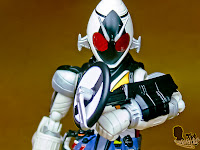 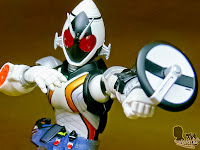 Next one is Camera. Again just like Radar, it doesn't have gimmick other than the hinge-swivel movement on the monitor part, which is just blank. Slightly heavier than the Radar, this thing can be used for wacky pose, just like Magic Hand, for example filming the other figures doing org.....anizational meeting XP 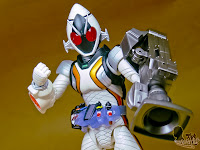 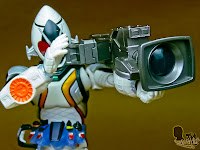 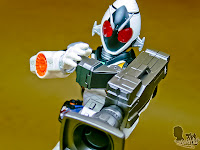 Last One! Oh no, Astro Switch is taking over the host! Nah, bad joke. The last Module on this set is Launcher, the only leg Module here. It's basically just for the show, since it doesn't have any gimmick. You just equip it, pose Fourze's using it and that's it. It will be a lot better if Bandai give us the launching missile effect part ala one of the Strike Witch Figma, haha. 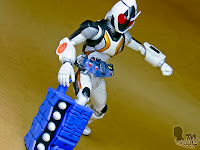 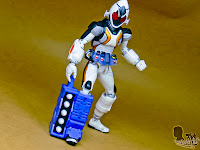 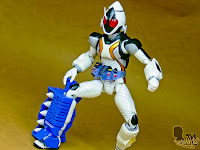 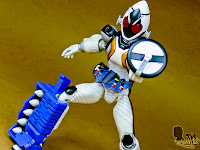 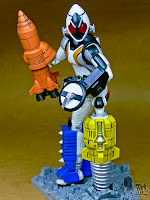 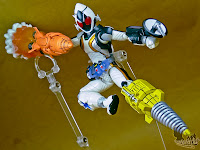 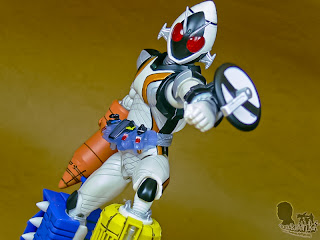 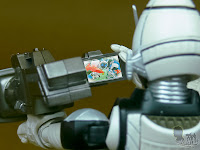 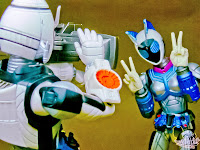 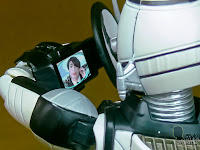 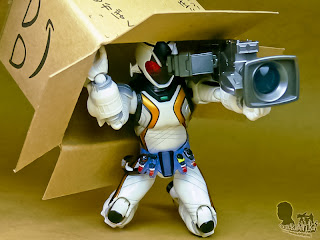 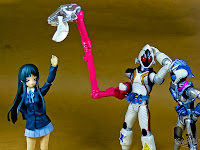 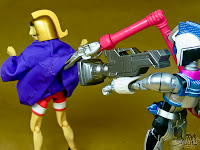 Normally, I won't buy this Module Set because I don't see much fun on it except for the Magic Hand and Camera, but then its price falls quite a lot to the point it ticks my interest. I'm not saying it's bad, it's just personal preference, though like I said above, it'll be nice if Bandai give us some sticker variations to be put on the monitor part of Radar and Camera, and also give launching missile effect for Launcher. If you can get this cheap and you already have Fourze, I recommend this set. 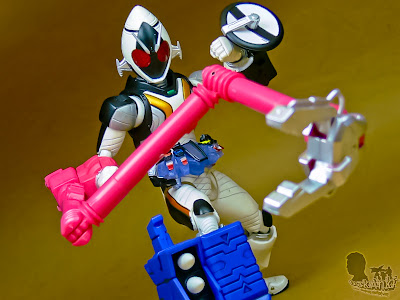