One of my favorite Gundam of all time. In fact Wing Zero Custom is the one who got me into Gundam after I  first saw it on SRW Alpha Gaiden on PS1. This is the Robot Damashii figure, by the way :3 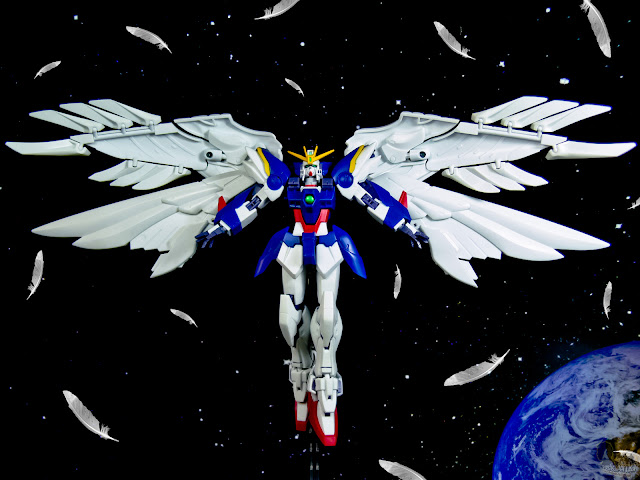 Twin Buster Rifle. Yeah it should be yellow colored but I only have this blue/purple effect part that the closest to TBR effect :\ 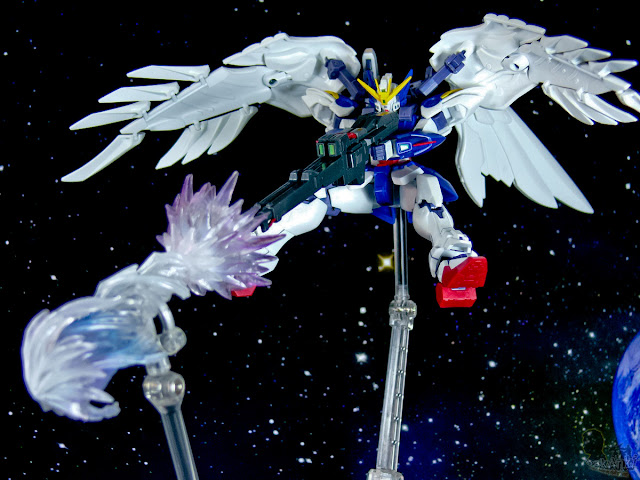 Fighting against 00 Qan[T]. Gundam who can see/predict the future vs Gundam for mutual understanding. Though on SRW Z2, Heero and Setsuna are best buddy, since they're both a Gundam XD 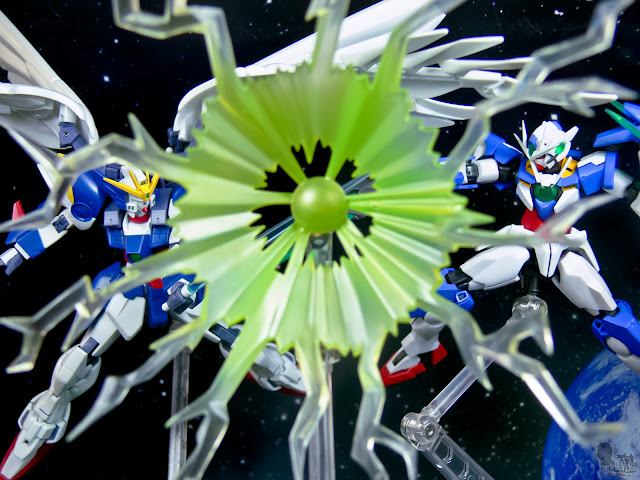