This is my first figure review here on Blogspot. I usually do it on my old blog on Multiply but since they will close its social media function starting December, might as well get use to do the review here even though I'm not sure if I'll continue blogging here. Oh well, let's on to the review~!! 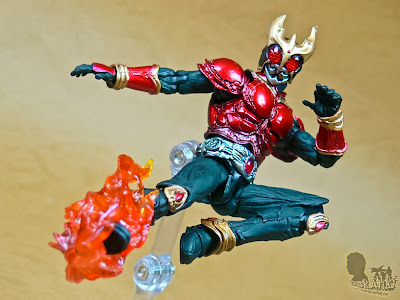 Character History
Hmm, I don't think I have to introduce this cool guy here, but here goes. Kamen Rider Kuuga is the titular character of the first tv series of the Kamen Rider series that aired entirely on Heisei era. His alter ego is Godai Yuusuke, a bright young man who got himself involved on murderous game of a monster tribe called Grongi who hunted Linto descendant, that is humanity. With the Arcle belt and Amadam stone on it absorbed into himself, Godai has and use the various power of Kuuga to fight the Grongi. Kuuga Mighty Form is the default form of Kuuga that Godai mostly use to fight since it well-balanced. Years later, Kuuga reappear on Kamen Rider Decade tv series and movies as one of main supporting character, albeit an alternate version not the Godai Yuusuke himself.

Packaging
Kuuga Mighty marked changes of Kiwami-Tamashii line (I'll call it KT after this for convenience). The first thing we could recognize of the change is with its card design. The design gives fresh feeling but honestly for me the most importance is they keep the card format so we can properly store the accessories we didn't use as well as close and reopen the card without damaging it, unlike most of US figure that require us to damage the packaging by ripping some part when we first open it. The first KT, Kamen Rider Hibiki, however, used the latter type of packaging. 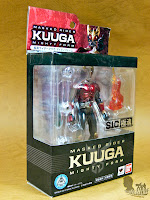 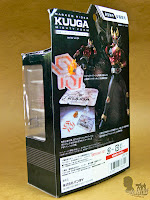 Set and Accessories
Kuuga Mighty Form is a form that fight with bare hand and doesn't have any weapon, but that doesn't mean we get nothing except the usual close and open optional hand parts. Luckily Kuuga Mighty Form is released when Bandai is on fire with effect part trend, so we get a Mighty Kick effect part set! Here is the list of what you'll get:

Sculpt
Since KT is a SIC, of course the main point is the redesign of the original design. For better or worse, KT used the normal SIC's renewal/Decade design of Kuuga, thus makes it...... better looking when posed with the other KT, to say the least. But the details are great, especially for the small 12 cm figure. Look at those translucent compound eyes, the details on the Arcle belt, the supposed-to-be Mighty Anklet (that makes me wonder if it's there so they can just easily repaint it and release Rising Mighty Form in the future), and they even didn't forget the symbol on Kuuga's right feet! But unfortunately, they cut the height for Kuuga and the difference is really noticeable when you display Kuuga with other KT before it. The other flaw mine has is the left arm is looser than the right, it makes its shoulder armor little hard to maintain its position. 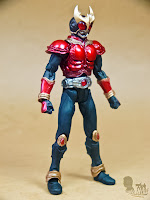 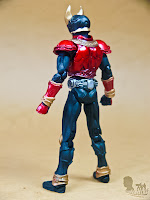 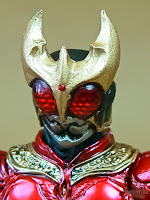 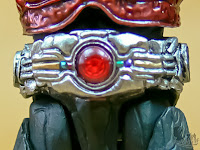 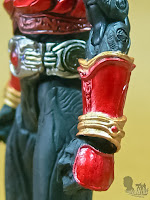 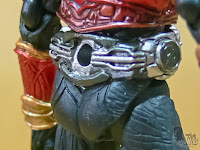 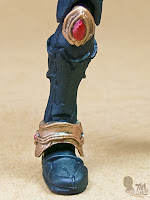 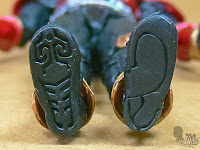 Paint Job
The glossy red looks really great on him, much superior than Ryuuki's plastic red. But on the other hand, it feels really oily when you touch it.

Articulation
This is why I love Japanese figure more than US figure. The articulation is much better and easier. Unlike KT Blade whose shoulder really limit its arm movement, Kuuga's shoulder armor is placed separately with the body so it won't hinder its arm movement. And everything else is just as great, with the exception of many KT that couldn't look below and lacks of belly joint unlike SHFiguarts that makes it looks slightly unnatural when it comes to certain poses, like a Rider Kick for example when the body should be hunched to make it looks better. 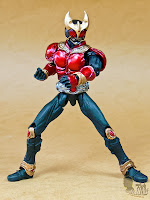 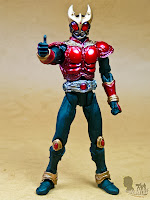 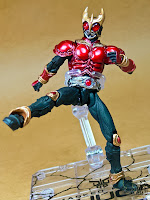 Gimmicks that Kuuga has are related to its Mighty Kick effect part. You can use just the fire effect part on its right feet, it's slightly hard at first to put it properly but you'll get use to it. The fire effect can also be put on its hand, but since it's not supposed to it can fall off pretty easy. And then of course you can use the Linto symbol to give more impact for the pose by using the small peg (handle it carefully or you can easily lost it!) to connect the symbol to the fire effect. And another gimmick is using the Tamashii Stage stand without its claw/grip but rather just use the connector by connect it straightly to Kuuga's hidden hole on the back side of the Arcle belt you can detach. The Tamashii Stage stand included isn't as long as the one on the normal set, but it's enough to make your Kuuga looks good while Mighty Kick-ing!


Pose
Enjoy all these poses I did with my Kuuga, and some friends (and enemy) of his! 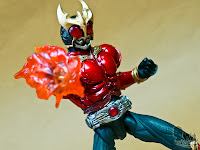 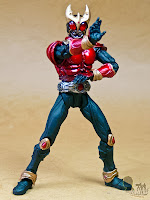 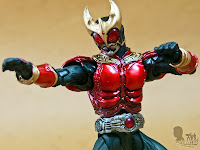 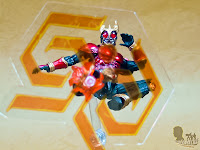 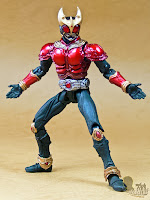 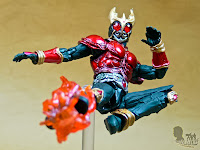 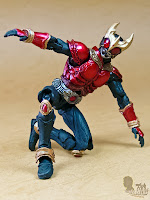 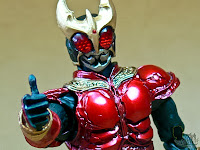 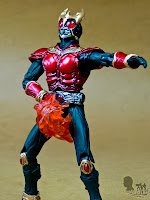 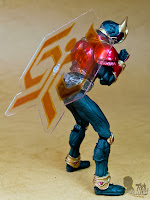 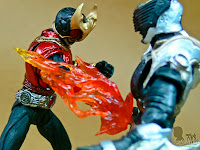 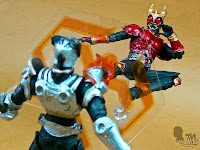 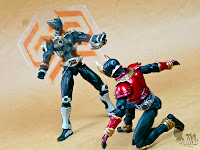 Except for its height, for me all KT Kuuga Mighty's flaws are easily overshadow by its strength. With overall great sculpt, great paint job, nice accessories and gimmicks, and of course great articulation, it's not a KT you want to miss if you're a fan. 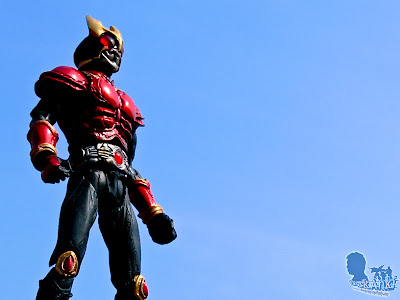