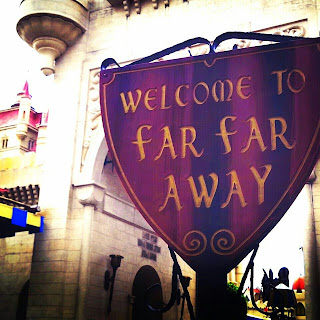 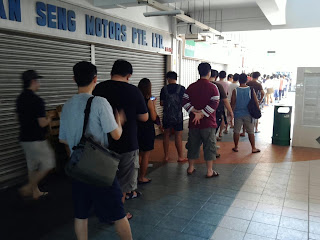 .... so packed!! The queue is ridiculously long but hats off to the owner who gave everyone queueing free drinks X3 We wait for the other friend and a buyer for my friend's collection, and since the queue is still long we decided to ditch it and went to other figure shops. So we then walked to Roborobo, which have SHF Deka Red, Bouken Red, Red Buster, Red Hawk, and Pegasus Kouga all sold for Sing$20-25 each, damn that's cheap! I'm not really into Sentai but I dig Red Hawk so I bought it, while my friend bought many of those XD

After that we went to La Tendo on Funan. It was my first time there again after 6 years, I didn't know they had awesome figure shop like that now on Funan. I was tempted to buy PapaKiki's Hina figure but since it was sold as set with Raika which I don't want to spend money of figure I don't really want, I had to pass it and bought OreImo's Lucky Kuji of Kirino dressing up as Meruru. And then we went to the real poison, China Square Central. Even though it wasn't Sunday where there's more items on flea market, but it's still enough to get me headache due to many awesome figures I wanted, especially the Figutto of Ryuk and Phat Company's Animal Soldier Set I've been looking for months! After bought some more, I split away with one of my friend and went back to Plaza Singapore which located near my apartment. We ate our (very late) lunch there and I bought one more figure I had my eyes on the day before.

The next day I had to checked early so I couldn't go anywhere else, but I still bought a last figure on Changi Airport though, lol. This vacation turns out to be a great one, though on the downside I completely screw my figure financial planning. I was already preparing myself to pre-order 2 SHF Shocker Combatants, Cure Peace, Akibaranger 2nd Season version, and Nendoroid Kobato, but I spent the money already, fffuuuu. But anyway, thanks once more for Vincent and Tendy, you made the shopping more fun (and deadly!), thanks for being my guide, may we meet once again be it on same or different place X3

And lastly, these are my complete haul from the trip. On the bright side, I have many review materials, so stay tune for it >.< 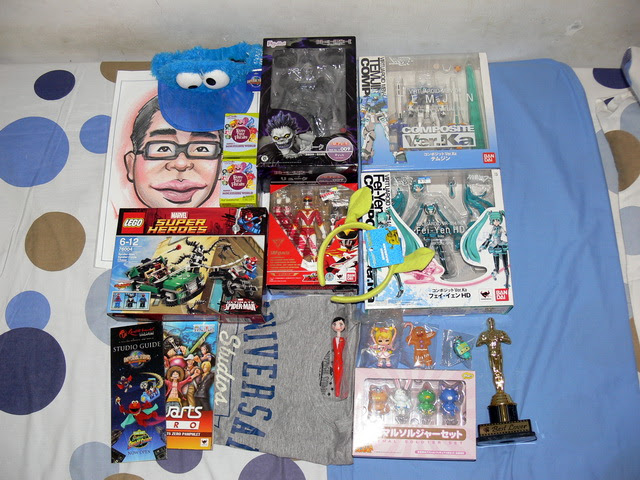