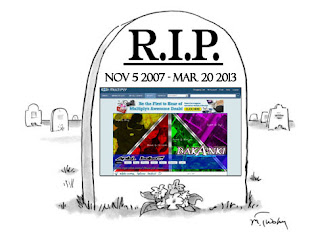 It's almost 8 months since I started to blog here on Blogspot, leaving my old blog at Multiply which at that time was already announced to be closed starting December, but then Multiply staffs left it be for almost 4 months and then days ago, they closed the site for good, leaving it only for market place for Indonesia and Phillipines. And now, even though the moment isn't exactly right, but as the 100th post, let's review the content of my blog here so far.
Some first entries of my blog here is mostly old comics or themed figure pictures which I moved from Multiply. After some times I decided to stop post those again, I dunno why, probably because I thought it's neater to put those on Tumblr instead. Actually those posts are the one that make the post count higher, haha. I think maybe I'll make compilation of those comics in one pose once in a while after this.

The next one is the most popular, at least based on view count I saw on the statistic, visual novel summary. I'm happy to be able to share the content of the game that some of us unable to enjoy due to language barrier, but yeah since my writing can be messy most of the time and I'm not really translator, the flow of dialogs may be weird, haha. Unfortunately, I think I can't write more of this type of post since I'm not playing any new VN so far, while it's very time and energy consuming, though I kinda want to write short summary of Sena route from Haganai Portable since forever, and then maybe some other routes from Photo Kano, but don't get your hope up ^^ 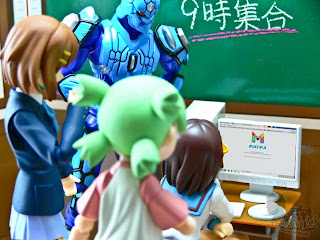 The last one is figure review, which probably become the main type of post after this since figure is my biggest passion. I won't review every figures released because let's face it, I'm tight on budget so I only bought figure I like or really want, from any series or line. And then due to slow shipment to Indonesia and RL stuffs, I won't be able to review newly released figure as fast as other reviewers, so yeah, I don't even know if my review is worth read, lol. But I really enjoy taking pictures of my figure and writing review so I will do it every time I have time to spare. If you have Instagram, you can follow me on "bakanki", even though I mostly post stuffs I already posted here or on Tumblr.

Since we're here and I'm already writing, I'll post this a little bit old news as well. OreImo will have new game for PS3, Ore no Imouto ga Konna ni Kawaii Wake ga Nai Happy End. Since I don't have PS3 and not planning to buy one, it's my turn now to wait for any kind soul out there to upload some gameplay videos and/or write summary of it, especially Ayase, ahahaha.

On the other news, unfortunately TBS site states that anime adaptation of Photo Kano only slated for 12 episodes, so we can kiss omnibus goodbye, it's probably go to Haruka route with some story of other heroines add in-between. Famitsu also has released the colored version of character designs and the official site is releasing the information of both OP and ED song: OP is "Koisuru Lens" sung by hayatokaori while ED is "Smile F" sung by Uta Kano (7 main heroines's seiyuus).

And I guess that's it, thank you for reading my blog all this time and stay tune for what's next =3
by: bakAnki