I've been owned and took picture of this die-cast model for weeks, I think. I just don't have the will to post it here, even though I post some on Tumblr, until today. So here it is, pictures of die-cast model from Maisto, Honda CBR 600RR with SHF Akibaranger, since the color scheme is really matching with Akiba Red. 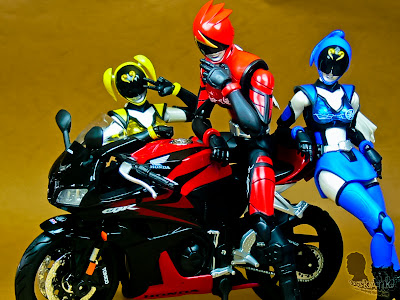 For about $13, I think the bike is really good. The details are nice, you can bend the steer and front wheel, speedometer is also nice touch, but you can't turn on the lamp. 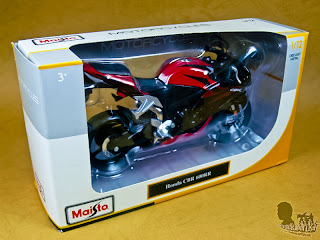 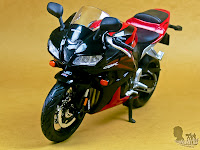 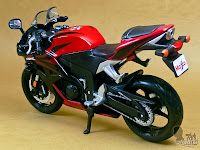 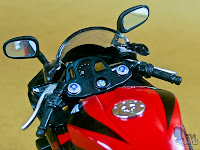 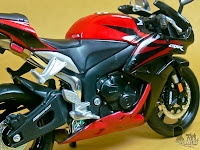 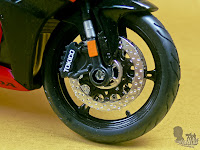 As seen below, it's pretty much in-scale with SHFiguarts, and Akiba Red can both sit and grab the handlebar well. 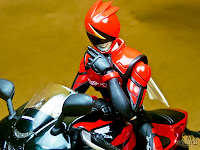 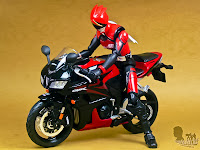 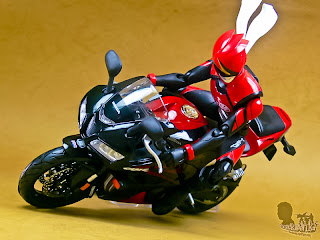 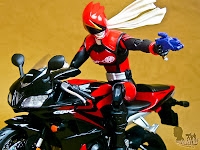 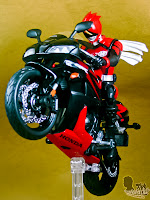 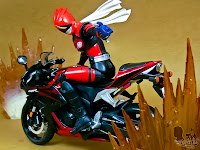 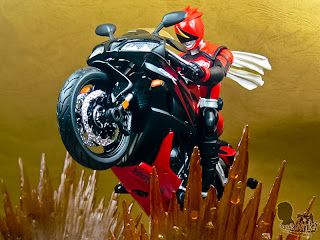 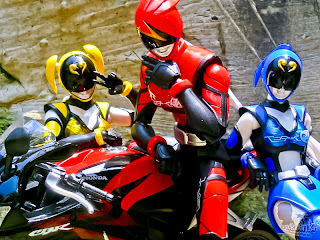 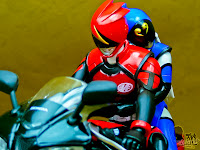 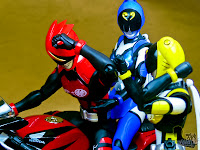 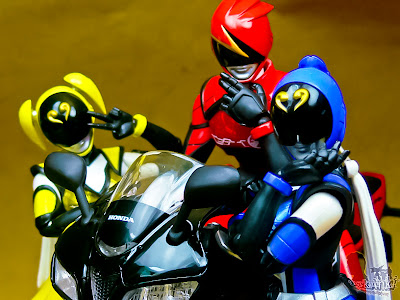