Yo! Even though I'm currently on middle of side-job I took for little more bonus, I have short leisure time to write short review, so here I am writing one with perfect...... 'figure' is not really a right term since it's only additional part for LBX plastic model kit produced by Bandai for Danball Senki series. I don't own any LBX plastic model, but this effect part really tick my interest since long time but it's hard to find, until weeks ago! And because this is not actually a figure (and because I'm technically in the middle of work, and also because I'm lazy :v), I'm not writing on my usual template :3 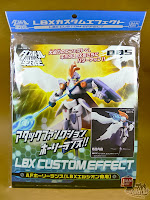 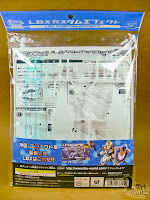 You saw it right, the packaging is just a simple transparent plastic. Even the manual instruction is printed behind the cover board, it's very simple, no wonder it's only 450 yen, eh? What's neat is you don't actually need to rip the plastic since it's zipped with glue so after you built the kit and want to store the unused part you can zip it back again. Here's all the runners from this set. 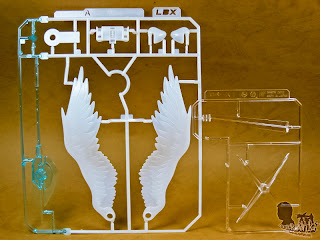 To snap all the parts from its runner, you don't even need any tools since it's easily snap with bare hand. The same too for the assembly process, it's very very simple you don't have to use any tools, well maybe if you're a modeller and want to repaint it or something. The parts are divided as the wing, the titular Holy Lance, and the stand. There's also additional connector for certain LBX figures that have different back design that the wing couldn't be put directly.

I only care for the wing, and it looks awesome and quite massive. Sadly it doesn't have articulation in the middle so you can only move the wing from its base, backward-forward and up-down even though from its neutral position you obviously can't move it forward. Here's the picture of all the parts after I assembled it. 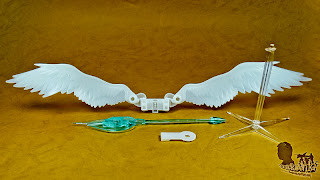 You probably can guess what I bought this part for even though I don't have LBX plastic model right? To put it on 1/12 figures like SHFiguarts, Figma, and other figures! =D

Wait, it can be put to Figma, SHF, and other figures? Sadly, it can't....... Well, at least with normal method. For some figures that have hole in their back like Figma, you can use Figma stand, and put the wing part (the hole on its base) between the Figma figure and the stand, and voila you just make your Figma an angel! Here's a picture for easier visualization. 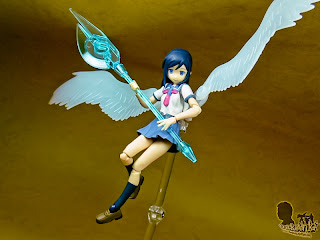 "Descends, yet above it all!" 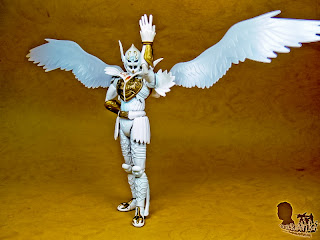 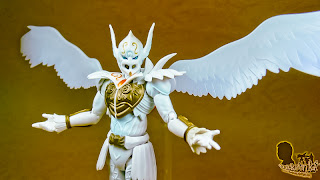 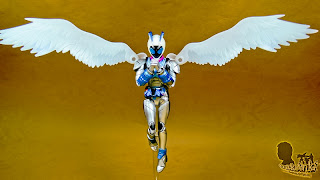 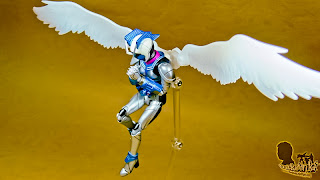 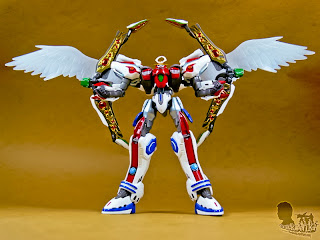 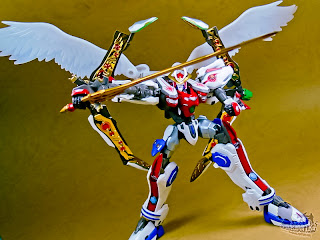 Another Ayase, but it's Nendoroid now :3 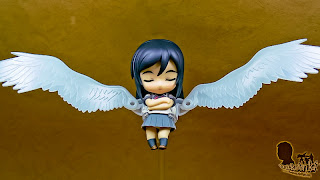 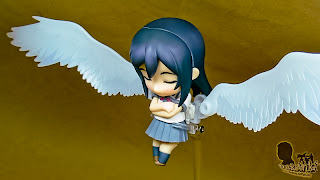 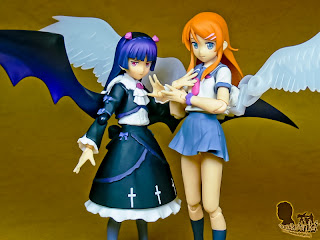 A friend gave an idea. He planned to buy 3-4 of this wing to make an epic seraphic-looked figure. The idea is great but I don't want to spend my money on same item even though this is not that expensive. So, I just use the wing backpack from Robot Damashii Wing Zero Endless Waltz. The result is not too shabby, I think :3 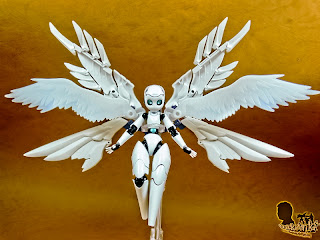 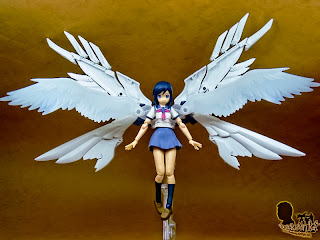 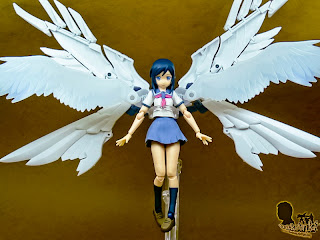 End Verdict
Considering it looks gorgeous and cheap, even though for most of the part you need a blu-tack to hold it on your non-LBX figure, it's worth buying even if you're not a modeller, just like me. The lack of articulation is also paid off with its look, so don't hesitate to get this if you find one =D 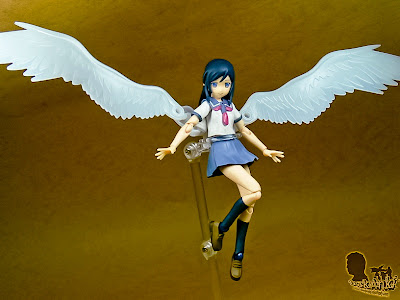