A Talk with Katsuhiro Izumi on AFAID13

Hello everyone! It's really been awhile since my last entry, but worry not since I'm still breathing and pretty much alive, it's just I don't have any worth material for a new entry on this blog. I won't do any other VN summaries anytime soon (planned to do Sena and Rika route for Haganai Portable but my PSP busted) and as for the figure review, I still haven't buy a new camera yet. I have many new figures but without a decent camera, I don't have any motivation to do the usual review. I still take some pictures of those new figures I posted on my Instagram, follow me @bakanki if you're interested. 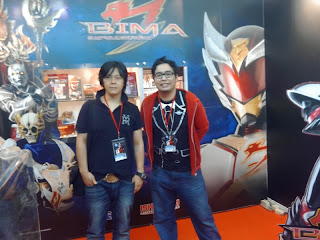 I can't really say my conversation with him as an interview, even an informal one since really, we just talk casually when me and my friends came to Bima booth. At first me and my friends are really excited when we saw the prototype figure of upgrade form of Bima, Bima God Helios Form, and new collector figure line for Bima; and then we notice a Japanese wearing an ID, and since there was an article on local kid magazine months ago featuring him, we recognize that he is Katsuhiro Izumi himself! So then with a push of my friends, I started talk to him with my crappy Japanese and after short introduction and confirming that he really is the man we thought, and after asking if he can speak English, we start asking him questions. So here's some interesting information about Bima from the booth and my talk with him. 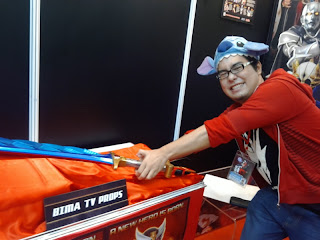 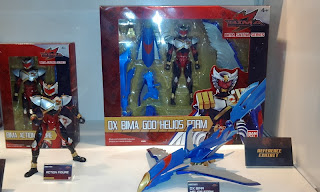 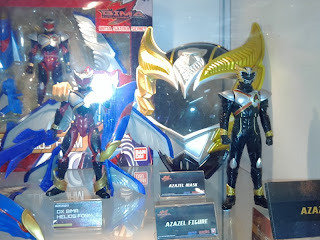 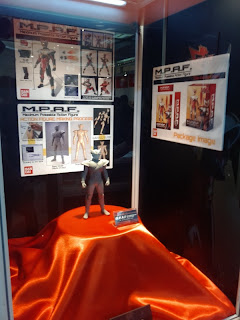 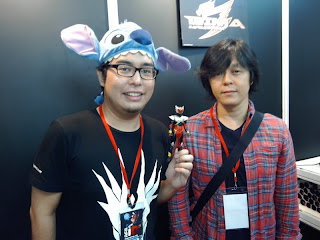 Originally, we plan to do a do-over for more formal interview with a Indonesian SHFiguarts community, SHFIndo, but one thing lead to another we couldn't do it. At the last day though, I came to the booth again but since it's still pretty crowded so I couldn't talk much with Mr. Katsuhiro anymore, and beside I was trying to get his signature on my Bima soft vinyl figure and mask anyway. 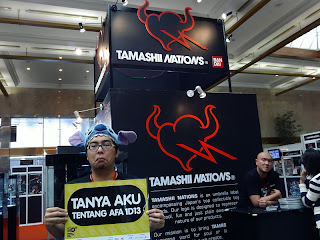 Buu~t! At the second day I met South East Asia division head of Tamashii Nations (whose name I forgot, sorry Ma'am) on Tamashii Nations booth and talk for awhile about Tamashii Nations product. Here's some interesting information I got from her.
And that's it. Since it's also a casual conversation, I didn't prepare any questions and just ask things by whim or just following where the conversation went. I should've asked her about the SRC Genesic Gaogaigar at the very least, haha. Oh well, that's it from me for now, see you on the next entry guys!


Source of image from the links: Bima Satria Garuda Facebook fan page and other sources
by: bakAnki